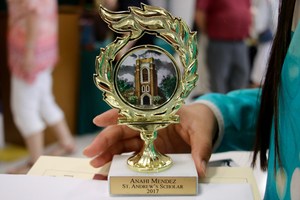 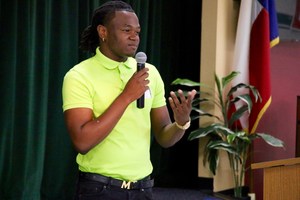 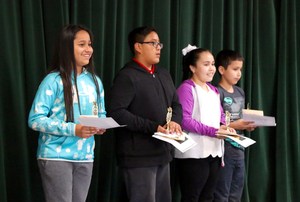 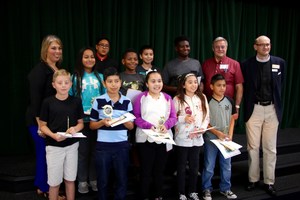 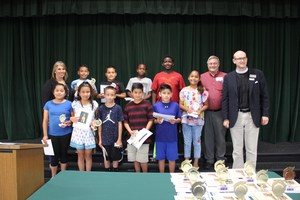 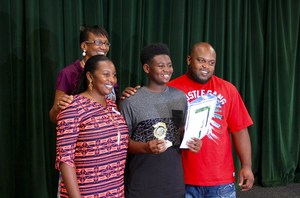 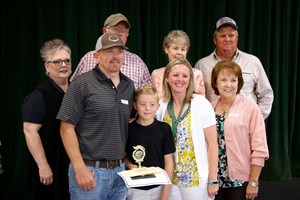 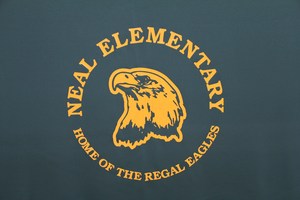 Neal Elementary fourth and fifth graders were given extra motivation to go to college Wednesday at the annual St. Andrews Episcopal Church scholarship ceremony at the Neal cafeteria.

Over the last decade, St. Andrews has donated $88,000 to Neal Elementary fifth graders by giving each selected student a $1,000 scholarship. This year, the church awarded 20 scholarships. Since Bryan ISD elementary schools will become K-4 schools next school year, St. Andrews awarded a total of $20,000 to Neal Elementary fourth graders and fifth graders, double the amount from recent years.

Juanita Collins, Neal Elementary principal, said St. Andrews’ support is incredible and that the additional scholarships this year speak to the commitment and love it has for Neal and its students. She continued to speak glowingly about the church at the award ceremony.

“They see potential in our students,” Collins said. “They are saying ‘you will go to college.’”

She went on to say how high school can seem so far away to fourth and fifth graders before introducing a special guest speaker. Myles Carter, Rudder High senior, walked to the stage before proudly telling the audience he was a 2010 recipient of the St. Andrews scholarship as a Neal fifth grader.

“I’m proud of each and every one of you,” Carter said. “Parents, this is going to be something that you are really grateful for. Kids you might not understand it just yet, but parents y’all know how expensive college is.”

Carter went on to address the fourth and fifth graders. Saying, “They put your foot in the door for you to have a future.”

St. Andrews Rev. Daryl T. Hay thanked Carter and said he hopes to welcome back many of the current fourth and fifth graders receiving scholarships seven and eight years from now.

In addition to the scholarship program, St. Andrews provided weekly English as a Second Language classes to Neal parents and a mentor program for students.

“This is an opportunity to show what we are about at St. Andrews in building a beloved community,” Rev. Hay said. “The beloved community is not just about the church. It’s the neighborhood and the community that we find ourselves in. We are all a beloved people.”