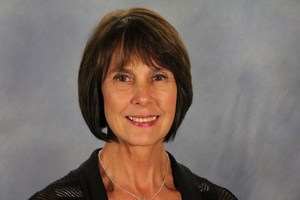 Twenty-year veteran comes to Bryan from Lexington ISD
The Bryan ISD Board of Trustees unanimously approved the district administration’s recommendation to hire Deborah Akin as director of special education.
“Ms. Akin’s experience and expertise as a director will pay great dividends for the children of Bryan ISD,” said Superintendent Tommy Wallis. “She is a seasoned professional, and we’re excited to have her as a part of our district.”
Akin brings more than 20 years of experience to her new appointment. She began her career as a special education instructional aide in Lexington ISD in 1995 and served in that role until 2002. From 2002 – 2006 she taught special education in grades 3 – 5 before transitioning to become the 504 coordinator in 2012. She has served as a testing coordinator since 2007.
Akin has been director of special education in Lexington ISD since 2007.
She earned a master’s in education from the University of Texas at Austin in 2008. She received her bachelor’s degree in applied learning and development from UT Austin in 2002.