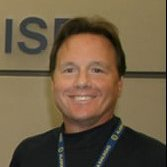 Windsor, a 35-year veteran construction manager, will supervise projects associated with the $132 million bond referendum that passed in November.

Windsor most recently served as director of construction and energy for 14 years at Spring ISD. While there, he oversaw construction for two bond referendums ($117 million and $157 million) and led planning, scheduling and construction for a $280 million bond.

Prior to serving Spring ISD, Windsor worked as DalMac construction project manager from 1997 to 2001. He led the special projects division, including oversight for renovations and stand-alone buildings.

From 1994 to 1997 he was a land development manager for Grimm Builders in Falls Church, Virginia, and from 1979 to 1994 he was superintendent for Crest Construction where he built schools and churches in Oak Ridge, Texas.

“Mr. Windsor’s years of experience building and leading major school construction projects will immediately show benefits to Bryan ISD,” Wallis said. “We are excited to have his high quality oversight assisting us in the major projects ahead, such as building an all-new SFA Middle School, rebuilding Ross Elementary and the host of other projects recently supported by taxpayers.”

Windsor will assume his new role in February.