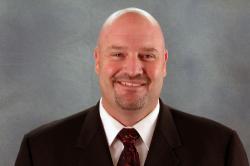 The Texas Association of School Boards (TASB) has announced that Bryan ISD Superintendent Tommy Wallis received the 2014 Region 6 Superintendent of the Year award. The region covers school districts in 15 counties and is one of 20 Educational Service Centers (ESCs) led by the Texas Education Agency. The award is underwritten by Balfour and sponsored by TASB.

“I’m honored that the accomplishments of our students and district employees were recognized in this special way,” Wallis said. “The success of a superintendent and his or her district largely comes from the efforts of students and a staff of dedicated people. I’m pleased to work with people who place children first, always.”

Nominees must have served as superintendent of their district for at least three consecutive school years, be a TASA member, meet the State Board for Educator Certification continuing professional education requirement and be an active superintendent at the time of the 2014 TASA/TASB convention.

Prior to being nominated for the award, each superintendent must have an express endorsement from his or her school board in the form of a resolution supporting the nomination. Citing Wallis’ leadership in the areas of student performance, administration, school climate, school improvement, fiscal management, community relations and board-superintendent relations, the district’s board of trustees unanimously supported a motion to nominate Wallis on April 21.