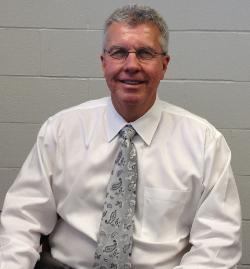 Respected leader and mentor leaves a legacy of excellence in serving student athletes
After nearly 30 years of dedication to teaching, coaching and mentoring, Bryan ISD’s Athletic Director Harry Francis has announced he will retire this summer.

“It’s truly a bittersweet time for us,” said Superintendent Tommy Wallis. “We are happy for Coach Francis as he embarks on a new chapter of life, but we will miss him tremendously. He is a man of impeccable character and a high caliber administrator. He is also a respected coach, instructor and friend. We wish Harry, his wife Pam and their family many blessings in the years ahead.”

The veteran coach and administrator’s career has spanned 29 years, with 26 years in Bryan ISD and a three-year stint in Brenham coaching varsity baseball.

A native of Bryan, Francis graduated from Bryan High in 1976.  He attended Texas A&M University and graduated in 1985. Prior to that, he played baseball at A&M from 1977 through 1980 and was drafted in the sixth round by the California Angels.

After graduating from A&M, he accepted his first appointment in Bryan ISD, where he taught and coached at Stephen F. Austin School. He coached in Brenham from 1988-1991, when he returned to Bryan ISD as head baseball coach at Bryan High. Francis served dual roles, as a head coach and an instructor of history and government. His team’s overall record was 192-152-1, with playoff appearances in seven of the 13 years Francis spent coaching the Vikings.

He was President of the Texas High School Baseball Coaches Association from 2004-2005 and served for 10 years as an official of the Association.

During his tenure as director, he oversaw the hiring of Bryan High’s Head Football Coach and Athletic Coordinator Ross Rogers. He also helped usher in the athletics program at Rudder High, as the district expanded to two high schools with comprehensive athletics programs. During his tenure, the Rudder High School boys’ gymnastics team won their first state championship in 2011, and he recently led the hiring process for the school’s new athletic coordinator and head football coach, Will Compton.

“I’m very proud to have served this district, both as an educator and also in the field of athletics,” Francis said. “The student athletes, staff and administration have meant so much to me throughout my years in Bryan ISD, and now I’m looking forward to the next chapter in life.”

The search for the district's next athletic director will begin immediately.